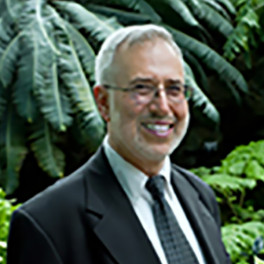 Gerald Rizzer is the founder and artistic director of The Chicago Ensemble whose “enthusiasm, persistence and omnivorous curiosity” has given the ensemble the reputation of offering “Chicago’s most venerable and repertoirally adventurous chamber music series.” (Lawrence Johnson, Chicago Classical Review).

Mr. Rizzer teaches piano, theory and ensemble at Sherwood Community Music School. For many years, he taught music appreciation courses at DePaul. Mr. Rizzer composed the music for several shows performed at Theater Building Chicago. He has recorded three CDs with his Songs Without Words for piano; the most recent of which also holds his songs to A. E. Housman poems.

Mr. Rizzer has a BA from the University of Chicago, a masters from Yale University and he also attended Juilliard School of Music. 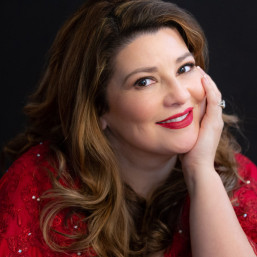 Soprano Michelle Areyzaga has performed with The Chicago Ensemble for more than ten years. She is “blessed with a radiant and all-encompassing soprano” (Chicago Tribune).

She has appeared with Ravinia Festival, the Lyric Opera of Chicago’s In the Neighborhoods program, Grant Park Music Festival, New York City Opera, among  others. She also toured in the revue “Bernstein on Broadway” directed by  Jamie Bernstein, the composer’s daughter, performing it with the Cleveland Orchestra, Minnesota Orchestra, and the Israel Philharmonic. Ms. Areyzaga’s operatic roles include Mimi in La Boheme, Susanna in Le nozze di Figaro, Cunegonde in Candide, and Despina in Così fan tutte.

She holds a B.A. in vocal performance from Roosevelt University. Ms. Areyzaga participated in Ravinia’s Steans Institute for Young Artists and the  OperaWorks summer intensive program; and she appeared in  Chicago Opera Theater’s debut artist series. 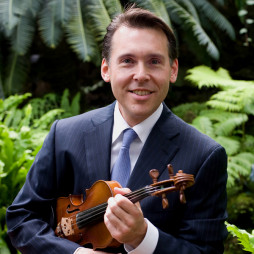 Stephen Boe, violin
Stephen Boe, violin, received his bachelors and masters degrees
from Indiana University School of Music, where he served as assistant
to Henryk Kowalski, Josef Gingold and Franco Gulli. He became
assistant professor at Indiana University School of Music, was a faculty
member at DePauw University and Ohio University, and is currently a
faculty member at the Music Institute of  Chicago. As a chamber musician,
Mr. Boe has performed at Avery Fisher Hall in Lincoln Center, and
in Europe, China, South America and the US. He was a founding member
of the New Artists String Quartet and first violinist of the Brooks Unstrung
Quartet, and he has collaborated with the Ying and Lark Quartets. Mr. Boe
served as concert-master for several regional  orchestras.  He appeared as
soloist with some of them. He has given master classes at Beijing Central
Conservatory and elsewhere. Mr. Boe performed at the Brevard Music
Festival and festivals in Germany and South America. He has appeared  on
National Public Radio’s “Performance Today”, KUNI and WFMT. 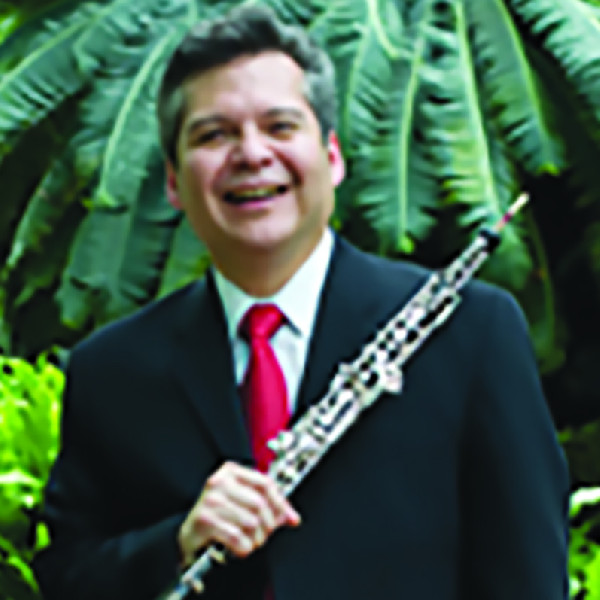 In addition to performing with The Chicago Ensemble, which he has done for 20 years, Ricardo Castañeda is currently principal oboist with The Chicago Sinfonietta and english horn/oboe chair with The Illinois Philharmonic Orchestra.

Mr. Castañeda made his solo debut with the National Symphony of El Salvador and has since appeared as a soloist with orchestras in Latin America, Europe, Japan, and the United States. He has played with the Chicago Symphony Orchestra, Lyric Opera Orchestra, Grant Park Symphony, and Milwaukee Symphony Orchestra as a guest oboist. He has also served as principal oboist in the pit orchestras of Chicago Opera Theater, Bolshoi Ballet, American Ballet Theatre, San Francisco Ballet, and Joffrey Ballet, as well as in numerous “Broadway in Chicago” productions.

Mr. Castaneda holds a BA and MA in Music Performance from Northwestern University, where he won the concerto competition and the Wade Fetzer award for excellence in performance. 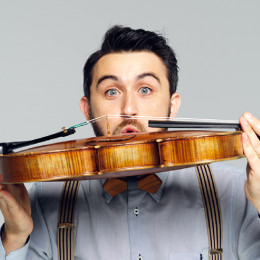 Sixto Franco, violist
A member of the Quijote Duo and the Music of the Americas Project, Sixto is a music and performing arts enthusiast. He is enjoying an active career as a performer, teacher and composer, having concertized in Europe, United States, Mexico and Uruguay. Sixto Franco is passionate about chamber music and has had the honor to perform with Eighth Black Bird, International Chamber Artists, Symbiosis Ensemble in L.A., the Kaia String Quartet, Chicago Chamber Orchestra, the Chicago Chamber Music Festival and the Gesher Music Festival in St. Louis, MO. Recently, Sixto has made an appearance in “Broadcast from home”, an highly collaborative project created and developed by composer and community-maker Lisa Bielawa. 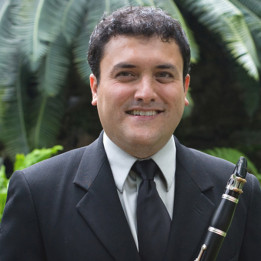 Elizandro Garcia-Montoya, Clarinet
Elizandro Garcia-Montoya, clarinet, born in Costa Rica, has performed
with the Cleveland Orchestra, Charleston Symphony, Houston Grand
Opera and the State of Mexico Orchestra. A prizewinner in the 1999
Fischoff Chamber Music Competition, he has played with the Chicago
Chamber Musicians, Fulcrum Point , Pilgrim Chamber Players, Spektral
Quartet and Fifth House Ensemble.. Mr. Garcia-Montoya has performed with
several music festivals including Tanglewood, National Repertory Orchestra,
International Festival at Round Top, Spoleto/USA and Yale’s Norfolk Chamber
Music Festival. He holds a bachelor’s from Baylor University and a master’s from Rice University. He also has a professional studies diploma from the Cleveland Institute of Music and he has pursued additional post-graduate studies at DePaul University. Mr. Garcia-Montoya is principal clarinetist of the New Hampshire Music Festival and the New Millennium Orchestra of Chicago.
He teaches at DePaul Community Music School, People’s Music School, Elmhurst College and the Arts Academy. 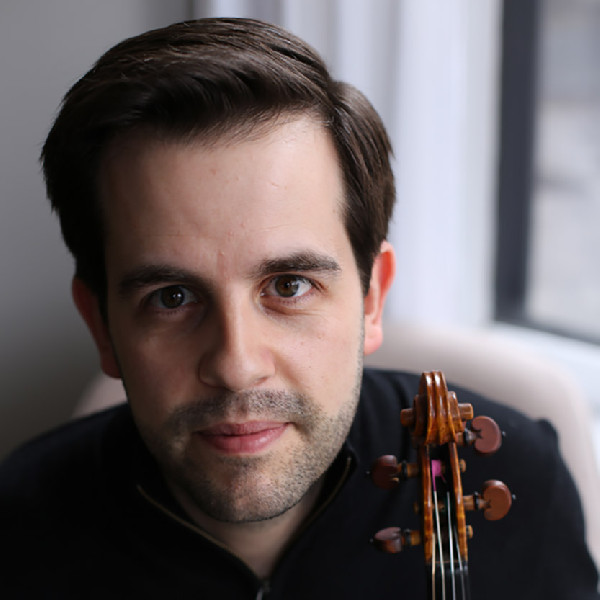 Jaime Gorgojo, violin, often appears as a soloist and chamber musician. Recent appearances include recitals on Chicago’s Dame Myra Hess concert series, at the Grand Teton Music Festival, at Strathmore Hall in Washington DC, and on the Chicago Symphony Presents chamber music series in collaboration with cellist Yo-Yo Ma and pianist Emanuel Ax. He is also the first violinist with Corky Siegel’s Chamber Blues, an ensemble that juxtaposes blues and classical styles.

Dr. Gorgojo serves as the violin and chamber music professor at Northeastern Illinois University in Chicago and he is the founder and artistic director of the Chicago Chamber Music Festival (CCMF), a summer program for young talented musicians. Mr. Gorgojo is a 2018 recipient of an Individual Artist Grant from the City of Chicago to produce a music album called “Iberia,” featuring Spanish music for violin and piano. 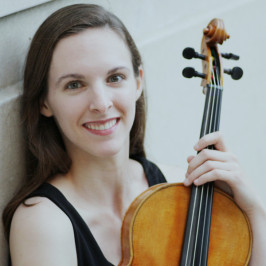 Amy Hess, viola, is a member of the Lyric Opera Orchestra and the Grant Park Orchestra. She was formerly principal viola of the Civic Orchestra of Chicago and a member of the Northwest Indiana Symphony Orchestra, and she also has played with the Chicago Symphony Orchestra, Music of the Baroque, and the Chicago Philharmonic. She was part of the Chicago premiere of Joel Puckett’s string quartet concerto Short Stories with the Northwestern Symphonic Wind Ensemble, and has performed the solo viola role in Richard Strauss’ Don Quixote with cellist Joseph Johnson and the Northwestern University Symphony Orchestra. Ms. Hess received her Master of Music in viola from Northwestern University and is a Phi Beta Kappa alumna of Oberlin College and Conservatory of Music, where she earned degrees in French and violin. While at Oberlin, she spent a semester in Paris, studying violin and musicology. Her principal teachers and mentors have been Roland Vamos, Karen Ritscher, David Bowlin, and Addison Teng. 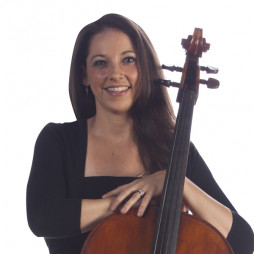 Mara McClain, cellist
Mara McClain, cellist, was most recently a member of the Alabama Symphony Orchestra from  2006-2019. She has relocated back to Chicago with her husband, Avi Friedlander, also a cellist  and the new director of the Music Institute of Chicago’s Barston Suzuki Program. Prior to her  appointment with the Alabama Symphony, Mara attended the Cleveland Institute of Music and  studied with Richard Aaron in both the Young Artists program as well as her undergraduate  studies. Mara was the principal cellist of the Civic Orchestra of Chicago as well as the Pacific  Music Festival, and Spoleto USA. She has played with the Detroit Symphony, Atlanta  Symphony, Milwaukee Symphony, the Lyric Opera Orchestra, Grant Park Symphony Orchestra,  The Illinois Philharmonic, and the Chicago Philharmonic. 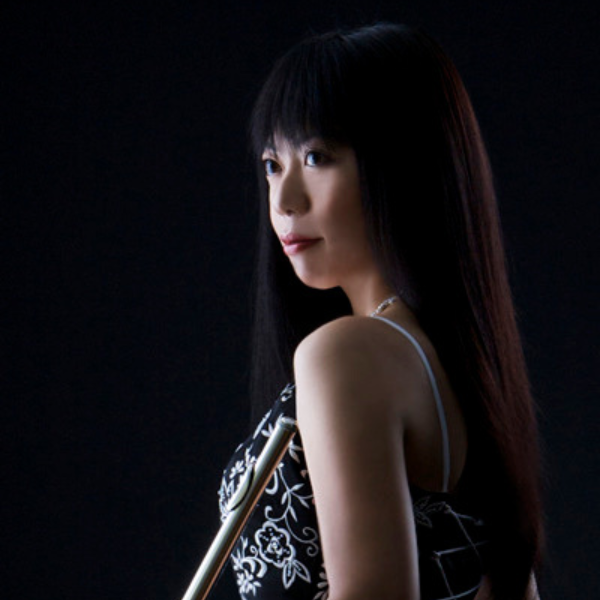 Yukie Ota is active in the United States as a professional flutist. After completing her Master’s Degree from DePaul University School of Music in Chicago under Mathieu Dufour, Yukie won 2nd place in the 2014 Carl Nielsen International Flute Competition. Her prize-winning performance there became a viral news story on NPR when a butterfly landed on her during the competition, yet she continued to play without letting the butterfly impact her performance. Yukie also won the “Newly Commissioned Work Prize” at the 36th annual Young Artist Competition during the 2014 National Flute Association Convention. In 2011, Yukie won first place in the Chicago Flute Club Solo Artist Competition.
Yukie is an active soloist, chamber musician and orchestral musician. As a soloist, she performed Carl Nielsen Flute Concerto with the Kalamazoo Symphony Orchestra. Yukie has performed chamber music with principal players from the Chicago Symphony Orchestra at Ravinia Festival and is a member of the Chicago-based ensemble International Chamber Artists. As an orchestral musician, Yukie has served as principal flutist at Kalamazoo Symphony Orchestra since 2011 and Peoria Symphony Orchestra since 2020. She has also served as substitute flutist for some of the United States’ top orchestras: Chicago Symphony Orchestra, Ravinia Festival, Baltimore Symphony,  Santa Barbara Symphony and Orpheus Chamber Orchestra Japan 2016 tour. 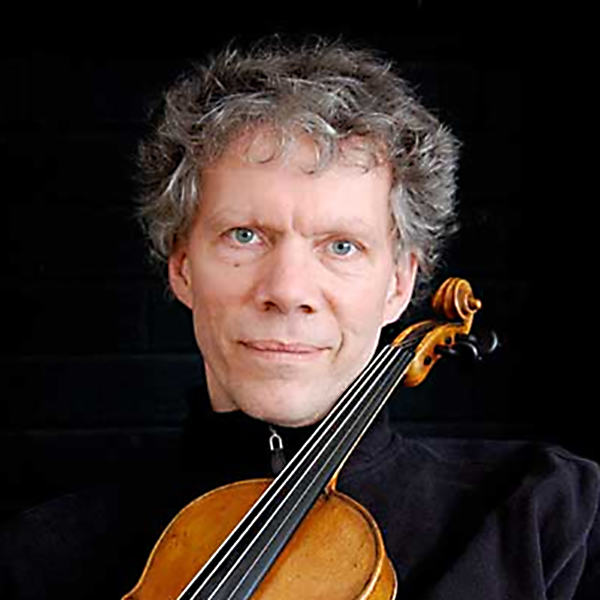 Click here to watch Mathias' interview about how he accompanies a piano and string instruments.

Mathias Tacke, violin, has played with The Chicago Ensemble for over a decade. From 1992 until 2007 he was the second violinist of the acclaimed Vermeer Quartet, in residence at Northern Illinois University. At that university, Mr. Tacke is professor of violin and chamber music. He is also guest lecturer for string chamber music at Northwestern University.

With the Vermeer Quartet Mr. Tacke gave performances in many prestigious festivals, including Tanglewood, Taos, Ravinia, South Bank, Lucerne, Berlin, Schleswig-Holstein and Edinburgh. Three of the Vermeer Quartet’s recordings were nominated for the Grammy Award.

Mr. Tacke appears in a wide range of repertoire from the Baroque to music of our time.  Beside The Chicago Ensemble, his Chicago musical affiliations include Camerata Chicago, Chicago Chamber Musicians, Fulcrum Point, Chicago Philharmonic and Evanston Bach Week.

From 1983-1992 Mr. Tacke was a member of the Ensemble Modern Frankfurt, one of the most important professional groups specializing in the performance of contemporary music. The Ensemble presented numerous premieres including works by most of today’s leading composers. He appears on recordings for Sony, ECM. Harmonia Mundi, Naxos and Cedille. 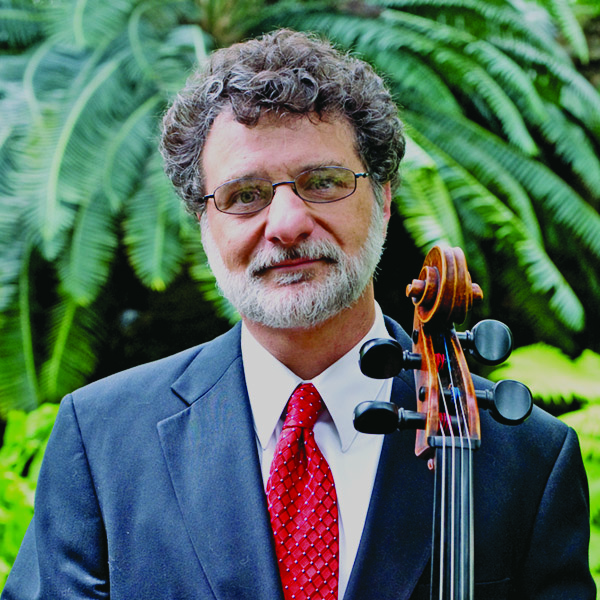 Andrew Snow has been with The Chicago Ensemble for more than fifteen years. He  has performed recitals in Mexico with his wife, pianist Beatriz Helguera-Snow, and they recorded a CD, “Voices of Mexico Past and Present”, made possible by a grant from the Mexican National Foundation of Arts and Culture. Mr. Snow was formerly the cellist of the Lyra Quartet and principal cellist of the Kenosha Symphony and Chicago Symphonic Pops. With the latter orchestra he toured the Far East. Currently, he is a member of Chicago Sinfonietta and the Chicago Philharmonic. He has played with  the Milwaukee Symphony, Grant Park Symphony, Lyric Opera, The Joffrey Ballet, and Ars Viva, as well as with Fulcrum Point and Contemporary Chamber Players. He teaches privately and adjudicates student competitions.

Mr. Snow holds a bachelors from Northern Illinois University and a masters from Southern Methodist University.

Please contact us about auditioning for The Chicago Ensemble.